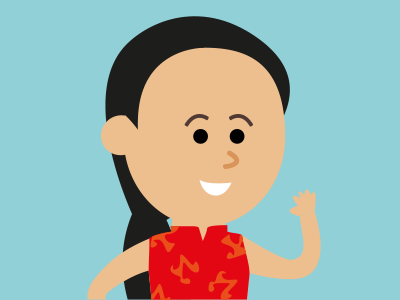 Catherine Besendahl graduated from university having read Applied Business Languages and International Management (Business Sinology) in Bremen, North Germany. She also holds the qualification which allows her to interpret and translate in public authorities and at courts in Germany. She spent a long time working as an event manager in Germany and abroad as well as working as a consultant for German and Chinese business relations.

Translation and interpreting have accompanied Catherine throughout her professional life, e.g. consulting German companies dealing with China or supporting Chinese companies setting up business in Germany.

She has participated in translating a book at the University of Marburg and has supported important international events at the Handelskammer Hamburg, such as the Hamburg Summit "China meets Europe" as well as the "8th German World Bank Forum". Catherine has been translating legal, economic and financial texts since graduating from university and has been working as a full-time translator since 2006. 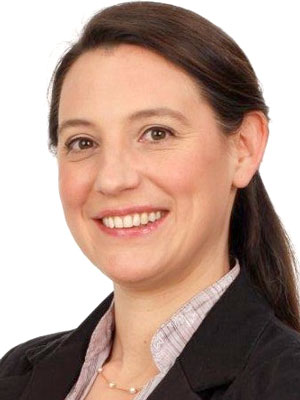 Catherine's parents were brought up in Australia and Mexico, they both spoke 4 to 5 languages, therefore Catherine has never known life could be lived in just one language. With English as the family language and being born and brought up in Germany, Catherine has been bilingual since birth. Catherine was able to continuously learn new languages at school: Chinese, Ancient Greek and Latin.

Having finished secondary school with her Abitur certificate in her pocket, it was Catherine's wish to connect her love of languages with her profession. She decided to study Sinology and Business, a university course with the aim of teaching individuals to mediate between the cultures. A one year stay in China during her time at university course strengthened Catherine's Chinese language skills and confirmed the direction her life was to take.

Sworn-in, well-versed, with a passion for perfect terminology

Catherine took on various challenges constantly learning new skills and extending her knowledge of languages. She worked for the Chinese tour operator CAISSA Touristic AG as Public Relations manager and was responsible for production management, project control and service management for several exhibition fairs and projects both in Germany and abroad in countries like France, China, Greece and the US for the event agency plan-j gmbh.

Having successfully graduated from the post graduate course "Translator and Interpreter for the Courts and Public Authorities" Catherine was able to live her true passion for legal translations.

Catherine is devoted to finding the perfect match in her languages for tricky legal definitions in the respective legal systems. "An insight into new fields, situations and cases widens your horizons," is Catherine's conviction with more than language in mind. When Catherine isn't translating, she can surely be found at seminars or events related to law – always on the look-out for the "right" terminology.